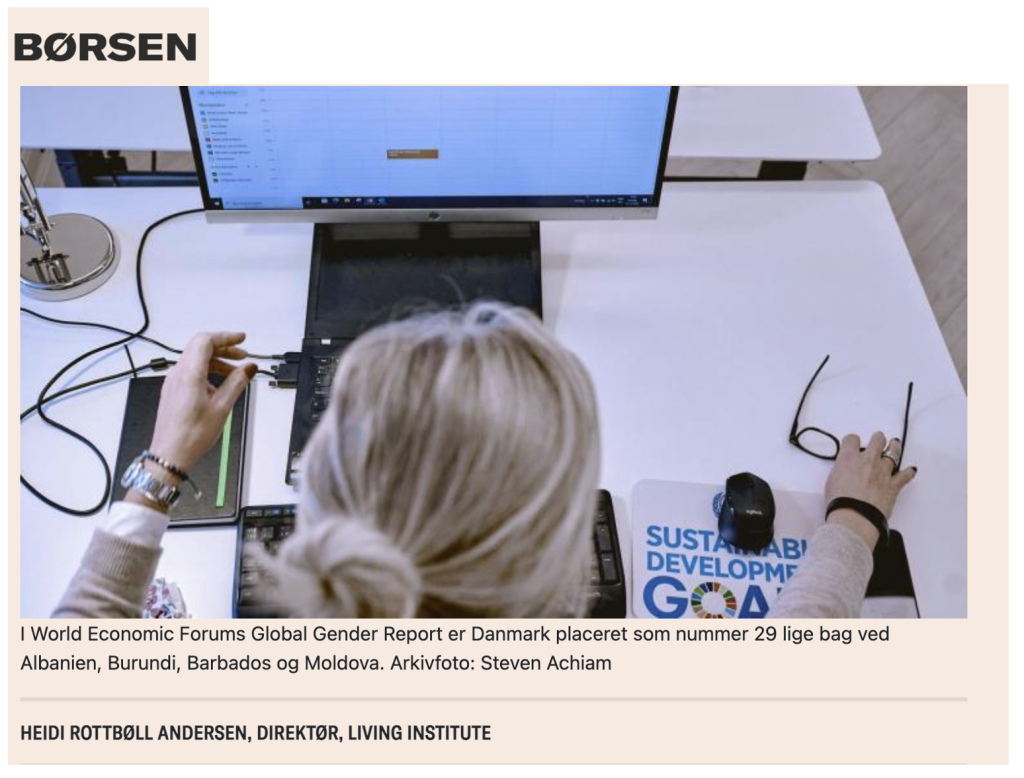 I find that many people feel sidetracked in the diversity debate, because they are afraid of saying something wrong. The boundary between what is OK and what is not OK is constantly shifting. And the absence of dialogue creates doubt about which measures work, and which do not.

When combining lack of knowledge with the fact that organizations have realized that – in addition to benefitting the bottom line – diversity is also a growing demand from the outside world, the result is that more and more companies are starting to launch initiatives which are believed to create diversity, but which in fact lead to organizational talent drain.

This unfortunate approach may prevent the creation of visible and measurable results and has turned the journey towards gender balance, diversity, and inclusion into a marathon, in which the finish line is constantly moving. It is an unnecessary and, at worst, counterproductive trial-and-error approach. Unnecessary, because research has documented what works and what does not, and counterproductive, because failed initiatives can be used as ammunition by the least progressive to oppose the diversity agenda.

When asking organizations which measures they have taken to strengthen gender diversity, the immediate reply very often is that they have established a women’s network. This is an incredibly bad idea. Before long, the women in the network will learn that they are not the only competent women who have not advanced in their organization. The women quickly realize that nothing is wrong with them, but with the culture of the organization. And this causes the most talented women to leave the network very quickly after the first meeting.

On other occasions, we find ourselves being asked if we would like to teach at leadership programs for women. But exactly what are we supposed to teach the women? What is it that women cannot do, that men can? This bias is based on the myth that women do not rise through the ranks due to lack of competences. However, all research shows the exact opposite.

In general, women and men are equally competent, although with the downside that since the beginning of the ‘90ties, women are better educated than men. We all just have unconscious bias, which means that we do not perceive competent women as competent as men. Instead of leadership training for women, it would be advantageous to offer training in reducing bias in both men and women.

Data-driven diversity strategies are critical to a successful effort. But very often companies fail when trying to measure the extent to which employees feel included by asking two or three questions in the annual satisfaction survey. One of the questions we often see is: Do you feel included? An overlooked and talented employee who has not climbed a single step up the career ladder may easily respond yes to that, because her colleagues are nice and kind and bring her cake when it is her birthday.

Instead, you should ask a couple of valid questions such as “How long do you intend to stay in the company?” Or statements such as “I find that there are equal opportunities for everyone in the workplace”. Then the gender differences will suddenly emerge, and you will see who feels included and who might be leaving – with major consequences for the business.

Finally, it is a fundamental mistake that the responsibility for creating diversity most likely ends up in the wrong place. Most often this is parked in HR accompanied by a tiny budget, just enough to buy a single rainbow-colored flag for the headquarter facade during pride week, although an inclusion survey would show that gay people do not feel included in the respective company.

In such case, it is better not to try. Because this is an expression of a huge misjudgment of the business potential available by ensuring diversity and inclusive culture. Diversity is business-critical and absolutely crucial for the company’s future. Hence, this is a strategic task which should be on the CEO’s table with HR as a competent support function and with a budget that reflects the gain from sprinting to the finish line.

If you want to work on creating diversity, you should be aware that you will encounter resistance. Because when you work with diversity, you shift privileges. The diversity work will be attacked if mistakes are made, and this may set back the company in terms of creating a culture which embraces diversity. Therefore, we must do what we know works, instead of what we think works.

Read the full article in Børsen here (in Danish) >>